The power of a well written letter 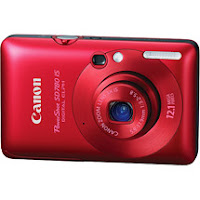 Early last November I lost my latest Canon PowerShot camera while I was on vacation.  Shame on me!  My kind and wonderful husband purchased a new one for me as a Thanksgiving gift.  Although I know I drive him nuts sometimes with all the pictures I take - the fact remains that we both share a love of preserving memories through pictures and video.  Sometimes I'll catch him on the computer sitting with a glass of wine, and a content smile, sifting through the thousands of pictures we've taken over the years.

In mid June I was at a birthday party in New York and I dropped my gift.  The LCD screen went black and that was that.  Ugh, shame on me again.  But honestly, I've dropped many a Canon camera over the years and never has one malfunctioned so easily.  I mean if they can't take a little banging around what good are they?  (and if Apple only knew how many times I've dropped my iPhone!  Thanks for making a tough product Apple!)  There was no visible damage to the outside of the camera and the glass protecting the LCD was fine.

The camera was still under warranty and I sent it in for repair.  Several days later I received a form email stating that the repair would cost me $130.00 because the camera has suffered 'impact' damage.  The email also stated that I could call customer service and receive credit toward a Canon upgrade.  I did call customer service and the woman offered me a 20% discount on the repair.  Since the camera now sells for $160 online I couldn't see the sense in spending over $100 for my old one to be fixed.  I asked about the upgrade.  After much searching the rep said that she couldn't offer me an upgrade because my model wasn't 'in the matrix.'  Really?

Now here is where most people would really start to get their dander up.  Blood pressure elevating, stress level rising, adrenaline kicking in ... they might ask "Can I speak with a manager?"   Here's the best piece of advice I can ever give to someone trying to solve a customer service issue - give the phone ONE chance.  Only one.  Don't drive yourself crazy with customer service people reading from scripts and managers who don't have any real authority.  If you can't get it resolved in one call politely thank the person for their time and hang up.  Then look up the name of the CEO and the HQ address.  Write a clear and concise letter describing the issue at hand and exactly what they can do to resolve the situation to your satisfaction.

Throughout the years that I've subscribed to this method of handling customer service there has only been one time where my issue was not resolved swiftly and to my satisfaction.  At times I've been surprised and delighted with a company's desire to not only resolve my situation but to go above and beyond and create a raving fan in the process.  **Honable mention here to Kevin Cassidy, Patron Services, Wolf Trap Foundation for the Performing Arts who recently made me a raving fan!

I am happy to say that when I arrived at work today there was a phone message along with two email messages stating that my camera would be fixed free of charge and they hope to have it back in my hands by the end of the week.

A hearty 'Thank You' to the staff in Mr. Joe Adachi's office!  I appreciate your response and willingness to stand behind your product!

Posted by Debra@ShopLaMuse.com at 2:07 PM

I not only encourage your stories, feedback and comments - I am grateful for them. Please share!